Every believer living in readiness for Christ’s return.

To glorify God by proclaiming Jesus Christ to the Bahamas, the Cayman Islands, and the Turks and Caicos Islands. 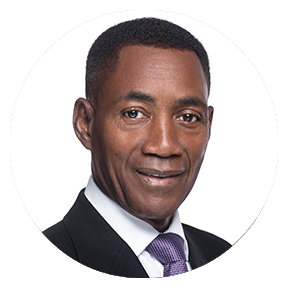 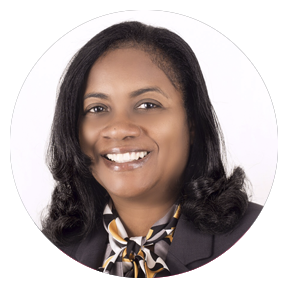 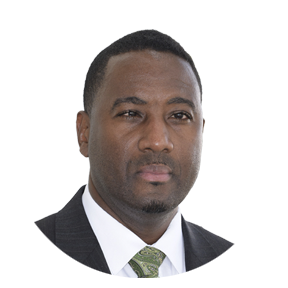 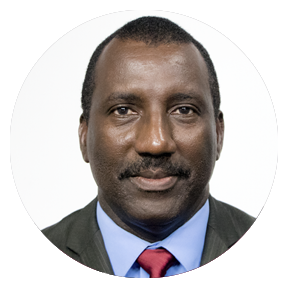 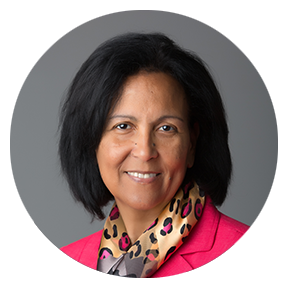 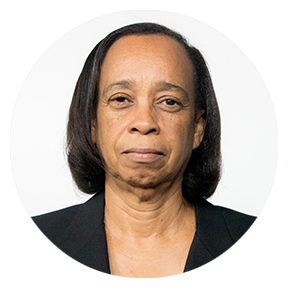 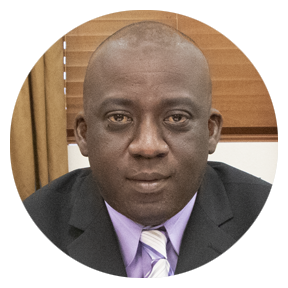 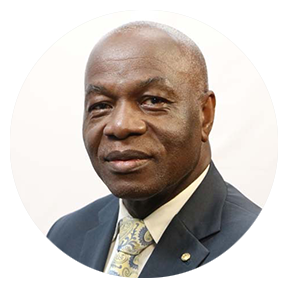 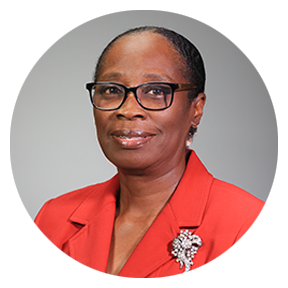 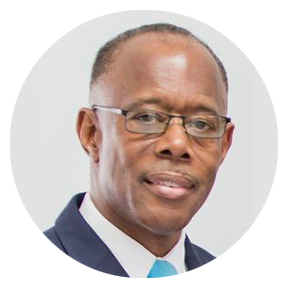 At the annual council meeting of the General Conference of Seventh-day Adventists, council members voted to form a new union in the Atlantic Caribbean region.  This historical vote brought to life the long-held dream of such persons like Pastors Silas McKinney, Leslie McMillan, Hugh A. Roach, Jeremiah Duncombe, Keith Albury, Leonard Johnson, Neville Scavella, Jeffrey Thompson, and Peter Kerr, all former visionary organizational leaders of the Adventist conferences and mission within the region.  The council’s action also was a testament to the supportive leadership of former West Indies Union Conference (WIU) president and now Governor General of Jamaica, His Excellency The Most Hon. Sir Patrick Allen, and that of Pastor Derek Bignall, the last president of the West Indies Union, along with his fellow officers.  The decision reflected, too, the pivotal guidance of Pastor Israel Leito, president of the Inter-American Division of the General Conference (IAD), whose persistent championship of the cause was key in making the dream of so many a reality.

Pastor Israel Leito travelled to Nassau, Bahamas to share the council’s decision and relevant information at a meeting with church leaders and member representatives from the Bahamas, the Cayman Islands, and the Turks and Caicos Islands – the islands that would comprise the new union.

The newly formed union would be called the Atlantic Caribbean Union Mission (ACUM) and would be born as a result of the reorganization of the 104-year-old West Indies Union Conference headquartered in Mandeville, Jamaica.  With a membership of more than 270,000, WIU had oversight of the churches in the Bahamas, the Cayman Islands, the Turks and Caicos Islands, and Jamaica.  The restructuring of the WIU now would produce two new unions: the Jamaica Union Conference (JAMU) and ACUM.

Subsequent to the council meeting, ACUM was officially recognized and accepted into the sisterhood of unions at the General Conference Session of the Seventh-day Adventist church held June 2010 in Atlanta, Georgia.

Its first president, Pastor Leonard Johnson, was elected shortly after during a meeting of the executive committee of the IAD.  Also elected as a part of the new ACUM administration were Pastor Peter Kerr as executive secretary and Elder Roderick Sands as treasurer.

In a solemn ceremony of separation on Monday, November 29, 2010, the Bahamian, Caymanian, and Turks and Caicos Island flags were lowered each to the tune of its own national anthem and given to Pastor Leonard Johnson, symbolizing the dissolution of WIU. Approximately 20 Bahamian delegates along with 300 plus delegates from the Adventist churches in the Cayman Islands, the Turks and Caicos Islands, and Jamaica as well as hundreds of members and former church workers and leaders witnessed history in the making at the Northern Caribbean University (NCU) Gymnatorium in Mandeville, Jamaica during the fourteenth (sixth quinquennial) and final session of the WIU.

Following the ceremony of separation, more than 50 delegates from the Adventist conferences in the Cayman Islands and the Bahamas as well as from the mission in the Turks and Caicos Islands gathered in the auditorium at NCU for the first quinquennial session of ACUM.  Dr. Elie Henry, executive secretary of the Inter–American Division, called the session to order.

The inaugural executive committee meeting of the newly organized union mission was held on Friday, January 14, 2011, at its temporary location in the Summer Winds Plaza on Tonique Williams-Darling Highway, Nassau, Bahamas.  Then at ACUM’s Service of Consecration and Inauguration on January 15, 2011, Pastor Israel Leito challenged the new leaders and committee members to be servants of the people.  The next day, January 16, the groundbreaking for ACUM’s new office took place at Bethany Cove, Westridge, Nassau.

The first ACUM-presided ordination of a pastor occurred at the ordination of Pastor Keith Albury of the South Bahamas Conference, President Johnson echoed the earlier sentiments of Pastor Leito.

Construction began on the new headquarters located on Gladstone Road, Nassau, Bahamas.  On Sunday, October 30, 2011, shortly before celebrating its first anniversary, ACUM dedicated its new office.  The two-story building with a large porte-cochere at the front was built at this location instead of at the site of the groundbreaking in Bethany Cove, Westridge because the government of the Bahamas offered to lease the Gladstone property to ACUM.  In the agreement, once there was an investment of some $700,000 plus, ACUM could own the property within three years for only $10,000.00.

The special guest speaker at the dedication of the office building was Pastor Israel Leito, president of the IAD.  Also attending were the Rt. Honourable Hubert A. Ingraham, Prime Minister of the Commonwealth of the Bahamas, the Honourable Perry Christie, Leader of the Official Opposition Party, and the Honourable Dr. Hubert Minnis, Member of Parliament.

Joining in the celebration with the ACUM family, too, were nearly 150 top union leaders and family members from the Inter-American Division who were in Nassau attending their year-end meetings.

Still praising God for the blessings of its first year, ACUM recorded another momentous event in the history annals when it entered its first Inter-American Division annual youth Bible Bowl held in San Juan, Puerto Rico.

Representing ACUM was Waylon Johnson from the North Bahamas Conference who secured the championship, making him the first English-speaking participant to win the competition since it began in 2003.

The executive committee voted to adopt the IAD’s rules governing the creation of acronyms for the unions of the IAD, which meant that the acronym for the Atlantic Caribbean Union would now be ATCU instead of ACUM.

ATCU, under the directorship of Dr. Cheryl Rolle, union education director held its first teachers’ convention in Miami, Florida with 126 participants.  The theme was “A Teacher After God’s Own Heart.”

Elder Ted Wilson, president of the General Conference of Seventh-day Adventists, along with his wife, Nancy, visited the Atlantic Caribbean Union (ATCU) on Sabbath, July 27, 2013.  More than 1800 persons came together to worship God and to hear from the leader of the Seventh-day Adventist world church at a special Sabbath service which was held at the Sheraton Hotel, Cable Beach, Nassau, Bahamas.

The three union officers were re-elected by the Inter-American Division executive committee.

The second quinquennial session of the Atlantic Caribbean Union was held in Nassau, Bahamas at the Centreville Church.  Presiding over the session was Elder Israel Leito, president of the Inter-American Division (IAD).  Also in attendance were Elder Elie Henry, IAD secretary, and Elder Verduzco, IAD treasurer. There were 27 regular delegates and 35 delegates-at-large in attendance for a total of 62 delegates.  One special guest attended.

The first Administrators’ Summit of the Atlantic Caribbean was held at Comfort Suites, Nassau, Bahamas.

ATCU has a membership of approximately 32,000 members and is one of twenty-four unions which make up the IAD, one of the 13 divisions of the worldwide Seventh-day Adventist Church.

Headquartered in Nassau, Bahamas, ATCU oversees four conferences and six primary and secondary schools located in three countries: the Bahamas, the Cayman Islands, and the Turks and Caicos Islands.  It also co-owns and operates with JAMU, the largest Seventh-day Adventist University worldwide, NCU.

Guided by its mission, “Proclaiming Jesus Christ to the Bahamas, the Cayman Islands, and the Turks and Caicos Islands,” ATCU aims to spread the good news of salvation to the people of the Atlantic Caribbean region.